There Isn’t an App for That: Analogue and Digital Politics in the Age of Platform Capitalism

The move toward digitality and its individual-level spread through computer applications (apps) is transforming how we communicate. A major component of this transformation is the political process: both how it is enacted and how effective it is for the promotion of democracy. The political process has become both faster and „lighter‟. The acceleration of the political process has received considerable attention over the last decade, but the essay introduces the idea of a „lightness‟ that accompanies acceleration. This is connected to digitality and its concomitant diminution of our inherent human analogue capacities. The analogue capacities that enabled democratic politics in its modern ver.. 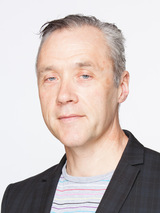