No disease modifying drugs have been approved for Alzheimer's disease despite recent major investments by industry and governments throughout the world. The burden of Alzheimer's disease is becoming increasingly unsustainable, and given the last decade of clinical trial failures, a renewed understanding of the disease mechanism is called for, and trialling of new therapeutic approaches to slow disease progression is warranted. Here, we review the evidence and rational for targeting brain iron in Alzheimer's disease. Although iron elevation in Alzheimer's disease was reported in the 1950s, renewed interest has been stimulated by the advancement of fluid and imaging biomarkers of brain iron th.. 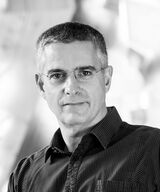