'Sham Trusts' and Ascertaining Intentions to Create A Trust

According to received wisdom, ‘sham trusts’ is a doctrine which provides an exception to the normal objective process of ascertaining intentions to create a trust by permitting courts to give effect to subjective intentions as the ‘true’ intention. This article makes three points. First, that approach does not properly reflect how courts deal with sham trusts: courts are not concerned with ascertaining subjective intentions when dealing with ‘sham trusts’. Second, ‘sham trust’ cases are but specific factual applications of a general approach, namely that an objective intention to create a trust is ascertained from any admissible evidence accepted by the court as being relevant to its inquiry.. 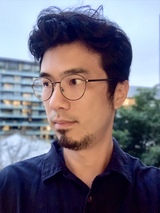