In 2017, following an extensive review of its ethical guidelines on assisted reproductive technology (ART), the Australian National Health and Medical Research Council (NHMRC) upheld its moratorium on non-medical sex selection (NMSS) pending further public debate. Interestingly, the public consultation conducted by the NHMRC revealed a majority of submissions supported a permissive approach to NMSS, suggesting a potential shift in attitudes about NMSS in Australia. Historically, public consultation on NMSS both internationally and in Australia has revealed general opposition to this practice. This has reinforced concerns raised against NMSS in bioethical debates and been reflected in a re.. 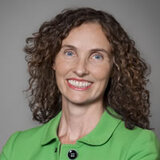