The Structure of the Wage Gap for Temporary Workers: Evidence from Australian Panel Data

This study uses panel data for Australia to estimate the wage differential between workers in temporary jobs and workers in permanent jobs. It is the first study to use unconditional quantile regression methods in combination with fixed effects to examine how this gap varies over the entire wage distribution. While the wages of fixed-term contract workers are found to be similar to those of permanent workers, low-paid casual workers experience a wage penalty and high-paid casual workers a wage premium compared to their permanent counterparts. Temporary agency workers also usually receive a wage premium, which is particularly large for the most well paid. 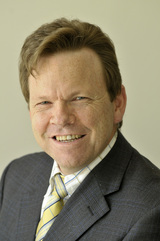 This article uses confidentialized unit record file data from the Household, Income and Labour Dynamics in Australia (HILDA) Survey. The HILDA Survey Project was initiated and funded by the Australian Government Department of Social Services (DSS) and is managed by the Melbourne Institute of Applied Economic and Social Research. This research was also supported under the Australian Research Council's Discovery Projects funding scheme (project #DP160103171).