The Geographic Heterogeneity of Suicide Rates in India by Religion, Caste, Tribe, and Other Backward Classes

BACKGROUND: Caste, tribal, and religious associations, which are perhaps the most important aspects of personal and social lives in India, have been neglected in Indian suicide research. AIM: To investigate suicide rates in India by religion, caste, tribe, and other backward classes over the period 2014-2015. METHOD: This study acquired unpublished suicide data from the National Crime Records Bureau (NCRB) for 2014 and 2015 including caste, tribal, and religious associations of suicide cases. National and state-specific suicide rates (2014-2015) were then calculated for Hindus, Muslims, Christians, Sikhs, and other religious groups and for scheduled caste (SC), scheduled tribe (ST), and othe.. 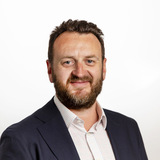