The European social model continues to be under pressure from the seemingly unstoppable forces of globalisation. At the level of the European Union the tension between the competing ambitions of economic flexibility and social (employment) stability has been captured in the aptly coined construct of 'flexi-curity'. While various individual EU member states are heeding the call for flexicurity, to date French labour law has proved rather more resistant to change. The newly elected President of the Republic Emmanuel Macron, assisted by his newly created La République En Marche! political party, displays a laudable determination to reinvigorate the debate about modernising French labour law, in.. 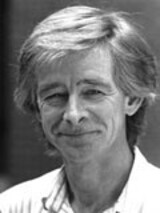