The Crimes against Peace Precedent

The Crime of Aggression: A Commentary | Cambridge University Press | Published : 2017

Crimes against peace were the centrepiece of the trials held in the aftermath of the Second World War and the crime loomed large in the Nuremberg Judgment, the 1948 Tokyo Judgment and the US and French Military Tribunals in the Roechling, Farben, Krupp, Ministries and High Command8 cases. Crimes against peace, however, faded into the background of international criminal law in the second half of the twentieth century. This was partly the result of the rising prominence of the individual in international law and the development of other international crimes under the aegis of the ad hoc international and mixed criminal courts and tribunals. It was also the result of debates over the contours .. 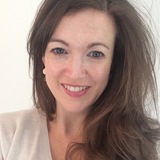