Letters from Bandung: Encounters with Another International Law

Between 1921 and 1945, Jawaharlal Nehru was imprisoned numerous times for so-called crimes related to India’s struggle for independence, spending many years in prison.2 While incarcerated for the second or third time, Nehru began to write a series of letters to his ten-year-old daughter, Indira. Published not long after they were written, the letters comprise two books: Letters from a Father to His Daughter: Being a Brief Account of the Early Days of the World Written for Children (hereafter Letters), written in 1928 and ﬁrst published in 19303;and Glimpses of World History, Being Further Letters to His Daughter Written in Prison, and Containing a Rambling Account of History for Young People.. 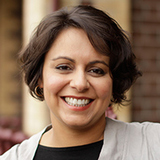