BACKGROUND: Recent economic growth in Papua New Guinea (PNG) would suggest that the country may be experiencing an epidemiological transition, characterized by a reduction in infectious diseases and a growing burden from non-communicable diseases (NCDs). However, data on cause-specific mortality in PNG are very sparse, and the extent of the transition within the country is poorly understood. METHODS: Mortality surveillance was established in four small populations across PNG: West Hiri in Central Province, Asaro Valley in Eastern Highlands Province, Hides in Hela Province and Karkar Island in Madang Province. Verbal autopsies (VAs) were conducted on all deaths identified, and causes of death.. 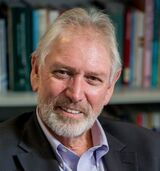 Awarded by National Health and Medical Research Council of Australia

This study was funded by the National Health and Medical Research Council of Australia (631494), Partnership in Health of Exxon Mobil PNG LNG Project. The funders of the study had no role in study design, data collection, data analysis, data interpretation or writing of the paper.