Unmarked event data is increasingly popular in temporal modeling, containing only the timestamp of each event occurrence without specifying the class or description of the events. A sequence of event is usually modeled as the realization from a latent intensity series. When the intensity varies, the events follow the Non-Homogeneous Poisson Process (NHPP). To analyze a sequence of such kind of events, an important task is to measure the similarity between two sequences based on their intensities. To avoid the difficulties of estimating the latent intensities, we measure the similarity using timestamps by Dynamic Time Warping (DTW), which can also resolve the issue that observations between t.. 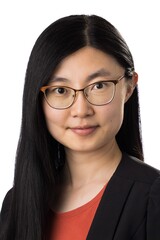