When is a token female's voice incorporated into the actions of a traditionally male-dominated team and to what ends? Drawing from the tokenism, gender stereotypes, and minority influence literatures, we advance a model that specifies the conditions that facilitate token female voice enactment and when enacting her voice enhances team performance. Using a sample of active duty military men and women, we employed live observation techniques to study voice enactment in all-male teams versus female token teams (i.e., teams with a token female member) throughout a series of complex and physically demanding tasks. Our findings revealed that a) token female voice enactment was higher when team lea.. 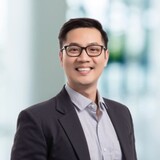