The role of migration in the evolution of cooperation has been discussed in spatial prisoner’s dilemma games (PD). It is known that small but non-zero migration rates facilitate the formation and maintenance of cooperation. Several studies have dealt with the effect of migration on the evolution of cooperation (Enquist and Leimar, 1993; Sicardi et al., 2009; Vainstein et al., 2006; Janssen and Goldstone, 2006; Killingback et al., 2006; Ichinose and Arita, 2007, 2008; Pepper and Smuts, 2002; Pepper, 2007). Recently, Suzuki and Kimura (2011) found that oscillatory cooperation and defection dynamics take place if the migration rate is allowed to evolve. However, little is known about underlying.. 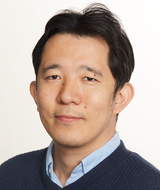