OBJECTIVE: This study aimed to compare the secular trends of high blood pressure (HBP) and the effects of overweight and obesity on HBP between Chinese ethnic minority and Han children and adolescents . METHODS: Data were collected from 224,151 Chinese ethnic minority and 664,094 Han children and adolescents aged 7 to 18 years during three successive, national cross-sectional surveys (2005, 2010, and 2014). Logistic regression and population-attributable risk analyses were used to evaluate the association between HBP and overweight and obesity. RESULTS: HBP prevalence in ethnic minorities increased from 4.8% in 2005 to 6.3% in 2014, which was significantly higher than the variable HBP trends.. 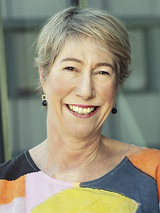 This work was supported by a grant from the National Natural Science Foundation to Jun Ma (81673192) and by grants from the China Scholarship Council to Yanhui Dong (201806010592) and Yi Song (201606015038) and the Innovation fund for outstanding PhD candidates of Peking University Health Science Center to Yanhui Dong.