Optimal Structure and Dissolution of Partnerships

For a partnership model with general type distributions and interdependent values, we derive the optimal dissolution mechanisms that, for arbitrary initial ownership, maximize any convex combination of revenue and social surplus. The solution involves ironing around typically interior worst-off types, which are endogenously determined. The optimal ownership structures are such that, with identical distributions, equal shares are always optimal. With non-identical distributions, the optimal shares are typically asymmetric; the identity of the agents with large shares may change with the importance of revenue generation; and even fully concentrated initial ownership, and assigning zero shares .. 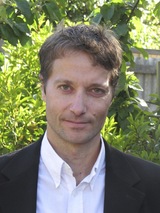