This paper aims to optimise the dimensions of Suction Embedded Anchors (SEAs) by investigating the opening mechanism through numerical large deformation finite element (LDFE) modelling. Consisting of two hinged half-cylindrical flukes, an SEA anchor uses a tactical design to allow the flukes to open under preloading to achieve more bearing area and, thus, a higher holding capacity. However, the applicability and practicability of this anchor depends on the opening process, where a critical dimension is the ratio of the anchor height relative to the diameter. A longer anchor increases both the forces prompting the opening process and the forces resisting it. The initial prompting force is the.. 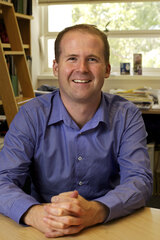 Improving The Security Of Anchoring Systems Under Extreme Cyclones

Lifting Objects Off The Seabed