On Signatures and Features of Modulational Instability in Ocean Waves

Modulational instability of nonlinear waves in dispersive environments is known across a broad range of physical media, from nonlinear optics to waves in plasmas. Since it was discovered for the surface water waves in the early 60s, it was found responsible for, or able to contribute to the topics of breaking and rogue waves, swell, ice breakup, wave-current interactions and perhaps even spray production. Since the early days, however, the argument continues on whether the modulational instability, which is essentially a one-dimensional phenomenon, is active in directional wave fields (that is whether the realistic directional spectra are narrow enough to maintain such nonlinear behaviours)... 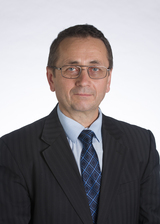 This project aims to develop a methodology for global satellite measurements of ocean wave breaking and determine global trends. Measurement..

The author acknowledges support of the Australian Research Council through Discovery grant DP170101328 and the DISI Australia-China Centre through grant ACSRF48199.