Australia’s laid-back, sun-drenched beach lifestyle has been a celebrated and prominent part of its official popular culture for nigh on a century, and the images and motifs associated with this culture have become hallmarks of the country’s collective identity. Though these representations tend towards stereotype, for many Australians the idea of a summer holiday at the beach is one that is intensely personal and romanticised – its image is not at all urbanised. As Douglas Booth observed, for Australians the beach has become a ‘sanctuary at which to abandon cares – a place to let down one’s hair, remove one’s clothes […] a paradise where one could laze in peace, free from guilt, drifting be.. 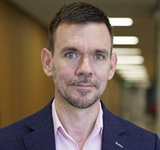 This article results from a Collaborative Research Network grant (Griffith University and the University of the Sunshine Coast), and further documents research supported by the Australian Research Council (as Future Fellowship FT120100883).