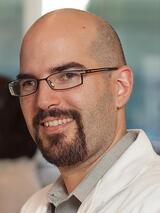 Awarded by Department of Health and Human Services

Awarded by Department of Foreign Affairs and Trade of Australia

Awarded by German Ministry for Science and Education (BMBF "STOP-FSGS")

Awarded by Else Kroner Fresenius Foundation

This research was supported by multiple funding agencies, including: National Health and Medical research Council (NHMRC) of Australia to VGP (CJ Martin Research Fellowship; 1128582) and to JFB, DNP, KMD, LF, and WEH (1141339, 1065902, 1041844, and 1121793); Department of Health and Human Services acting through the Victorian Cancer Agency (MCRF16007) and Cancer Australia (CA1084546) to LF; the Colonial Foundation (2001-2011) to WEH; Department of Foreign Affairs and Trade of Australia to WEH (Australia Fellowship; 511081); the Humboldt Foundation and German Society of Nephrology (DGfN) to VGP; the European Research Council (677448) to RF and (616891) to TBH; German Research Foundation to RK (KR-4073/3-1, SCHN1188/5-1, CRC/TRR57), to TW (CRC/1192), to TS (332853055), to MJM (Heisenberg Fellowship; M01082/7-1), and to TBH (CRC/1192, CRC/1140, CRC/992, HU 1016/82, and Heisenberg Fellowship); the German Ministry for Science and Education (BMBF "STOP-FSGS", O1GM1518A and OIGM1518C to MJM and TBH, respectively); the Excellence Initiative of the German Federal and State Governments (BIOSS); the Freiburg Institute for Advanced Studies; Else Kroner-Fresenius-Foundation programs NAKSYS and iPRIME to TBH; RWTH Aachen University START Grant to RK (101/15) and to CK (105/17); and the Else Kroner Fresenius Foundation to the ERCB-KFB, CK (A200/2013), and to TS (A197/2015). TBH and this project have received funding from the Innovative Medicines Initiative 2 Joint Undertaking under grant agreement no. 115974 (BEAt-DKD). This Joint Undertaking receives support from the European Union's Horizon 2020 research and innovation programme and EFPIA. This work was also supported by staff from Monash Micro Imaging and Monash Histology Platform at Monash University, Australia, and by the Immunohistochemistry and Confocal Microscopy Unit, a core facility of the Interdisciplinary Center for Clinical Research (IZKF) Aachen within the Faculty of Medicine at the RWTH Aachen University (Aachen, Germany). We also thank all participating centres of the European Renal cDNA Bank's Krbner-Fresenius biopsy bank (ERCB-KFB) and their patients for their cooperation. For active members at the time of the study, see ref. 63. Finally, we would like to thank the technical support of Regina Lanzmich.