Nanomaterials: A Tale of Two Applications

New technologies and the law in war and peace | Cambridge University Press | Published : 2019

‘Nano’ is a prefix meaning ‘a billionth’ (a factor of 10−9 of a metre) derived from the Greek νᾶνος, meaning ‘dwarf’. By way of illustration, a nano-sized object is to an apple, what an apple is to the size of the Earth. Or to give another example, one nanometre particle could fit approximately 80,000 times across a human hair.1 In the last two decades, the ability to deliberately create, manipulate, or modify existing matter at the nanoscale has resulted in rapid innovation in, and across, many fields, due to properties different from matter at the regular scale, such as increased strength, chemical resistance properties and heightened conductivity of matter at the nanoscale. 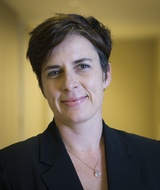