Early and late mortality after malaria in young children in Papua, Indonesia

BACKGROUND: In southern Papua, Indonesia, malaria is highly prevalent in young children and is a significant cause of morbidity and early mortality. The association between malaria and delayed mortality is unknown. METHODS: Routinely-collected hospital surveillance data from southern Papua, Indonesia, were used to assess the risk of recurrent malaria and mortality within 12 months of an initial presentation with malaria in all children younger than 5 years old attending the local hospital. Analysis was primarily by Kaplan Meier and Cox regression methods. RESULTS: In total 15,716 children presenting with malaria between April 2004 and December 2013 were included in the analysis; 6184 (39.3%).. 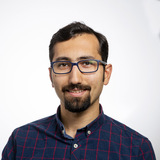 Awarded by National Health and Medical Research Council of Australia

The study was funded by the Wellcome Trust through a Senior Fellowship in Clinical Science awarded to RNP (200909) and Training Fellowship in Tropical Medicine awarded to JRP (099875) and Australian National Health and Medical Research Council (NHMRC): Senior Research Fellowship to JAS (1104975) and Senior Principal Research Fellowship to NMA (1135820). The Timika Research Facility and Papuan Health and Community Development Foundation were supported by AusAID (Australian Agency for International Development, Department of Foreign Affairs and Trade) and the National Health and Medical Research Council of Australia (Program Grant 1037304). This work was supported by the Australian Centre for Research Excellence on Malaria Elimination, funded by the NHMRC (1134989). The funding body had no role in the design of the study and collection, analysis and interpretation of data and in writing the manuscript.