Should we believe headlines claiming nearly half of all jobs will be lost to robots and artificial intelligence? We think not, and in a newly released study we explain why. Headlines trumpeting massive job losses have been in abundance for five or so years. Even The Conversation has had its had its share. Most come from a common source. It is a single study, conducted in 2013 by Oxford University’s Carl Benedict Frey and Michael Osborne. This study lies behind the claim that 47% of jobs in the United States were at “high risk” of automation over the next ten or so years. 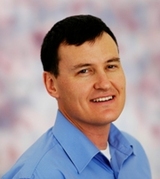