‘As far as the question of treatment of detainees is concerned, the conduct of INTERFET has been exemplary. The delegation met with detainees in conditions in which it could be confident that the detainees would have no fear of speaking frankly of any complaints as to their treatment. There were none. ICRC, which has full access, confirmed that it too had received no complaints from any of the detainees. The tone was set by the Force Commander who, especially in the beginning, established the pattern by personally visiting the detention area. The establishment of the detention-management team also acts as a safeguard against abuse.’ 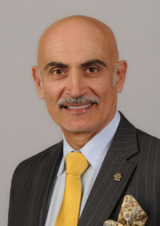