A Study of British Influence on Musical Taste and Programming: New Choral Works Introduced to Audiences by the Melbourne Philharmonic Society, 1876–1901

When the Annual Report of Melbourne Philharmonic for 1899 complained about the lack of public support for new musical enterprises of the Society, it stated that more encouragement of the local press was needed so that ‘public curiosity might be excited, an artistic taste educated, and a desire created to hear what the Old World had approved’ (my italics). The domination of British opinion in the assembly of a music library for the Melbourne Philharmonic Society during the years of its existence in the nineteenth century, focusing upon the years 1876 to 1901, is investigated in Part I of this article. Factors influencing the choice of repertoire during this era – particularly the influence of.. 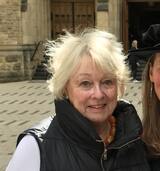