At the University of Melbourne, an adhesive iden- tification survey using FTIR-ATR spectroscopy of 146 repaired Cypriot pottery vessels revealed polystyrene on five artefacts. This unexpected polystyrene finding raised concern about why it was present and how it may have contributed to the current condition of the vessels it was associ- ated with. Comprehensive analysis and mapping of polystyrene distribution on a vessel composed of 30 pieces revealed the adhesive to be present on numerous sherd edges, consistent with it being used as an adhesive. A new set of solvent param- eters was established for reversing brittle unstable conjoins of an adhesive not previously discussed or considered in.. 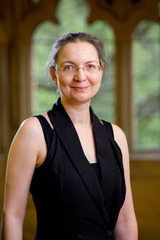