Ren Potts was an Australian applied mathematician whose early work in statistical mechanics later became influential: the ‘Potts Model' became his most cited work. As Professor of Applied Mathematics at the University of Adelaide for thirty years, he built up an excellent Department of Mathematics and had a major influence on the development of Applied Mathematics in Australia. His work in transportation science and operations research is well known. Ren Potts was a gifted teacher and an inspiring research leader. He was an early advocate of close co-operation between academia and industry, was an early adopter of computing for research and teaching, and was a pioneer in forging new links be.. 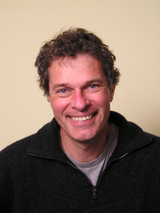