Collaborative Australian–Turkish archaeological investigations in north-eastern Anatolia, begun in 1988 in the Bayburt province (then an ilçe of Gümüşhane), continued for six weeks during June–July 1994 with excavations at Sos Höyük near Erzurum. The decision to extend the limits of the research project beyond the Bayburt plain, eastwards into the adjacent province, was based primarily on the need to address questions raised by our work in Bayburt, most notably the apparent gaps in its culture sequence. Further, we were acutely aware that in order to establish a sequence for north-east Anatolia we would need to reexamine by systematic excavations the human settlement of the Erzurum plain, lo.. 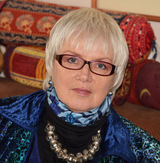